The strict definition of the petroleum includes only crude oil, but common usage of the term often includes all the liquid, gas, and solid hydrocarbons contained in a given mixture. All hydrocarbons are the same in that they contain hydrogen and carbon atoms, but they differ in the number of carbons they have, the level of their saturation, whether they are linear or cyclic, and whether they are aromatic or not. More about these topics can be found in the Hydrocarbon article. Here we look at specific hydrocarbons and their properties. In so doing, it is important to remember that hydrogen can only form one bond while carbon can participate in a maximum of four bonds. (In diagrams below, black represents carbon, red represents hydrogen, and blue represents oxygen).

Alkanes contain only single bonds, which means they are saturated with hydrogen atoms. They are the basic hydrocarbons and the starting points for understanding the chemistry of other, more complex molecules.

Alkanes get their name from the alkyl group that is composed of a carbon and three hydrogens. Of course, they contain other groups, but they consistently contain an alkyl group. The ending “-ane” lets you know that there are only single bonds in these molecules.

A consistent reaction, besides combustion, that alkanes undergo is free radical halogenation. In this process, hydrogens on alkyl groups are replaced by halogens (molecules like chlorine and bromine on the periodic table). A typical reaction is demonstrated using propane.

Alkanes are also known as paraffins, making this term highly confusing because paraffin also refers to a type of wax. Here is how to understand it. Any saturated hydrocarbon (will have the formula CnH2n+2) is a paraffin and a mixture of these molecules can be used to make a wax called paraffin wax. In general, the alkanes used in this wax have carbons chains that contain 20 to 40 carbons. Thus, paraffin wax is a type of wax made from paraffins or alkanes. Paraffin wax is characterized by a low melting point, pliable structure, and easy combustion. It is generally used in candles and in crayons.

Methane is the simplest hydrocarbon consisting of one carbon and four hydrogen molecules.  Because it is so small, methane is a colorless, odorless gas at room temperature. The odor in “natural gas” used in homes is actually added to methane for safety reasons.

Methane is a tetrahedral shape (pyramid with a triangular bottom), with each hydrogen equidistant from all other hydrogen.  Methane is mainly used as a fuel for electrical generation and for heating. In its compressed form, it is used as a vehicle fuel. Methane generally burns with high efficiency, producing only small amounts of carbon monoxide.

Ethane is primarily used in the production of ethylene. Ethylene alone is useful as a plant hormone for ripening fruits. It  is also used to produce polyethylene ( a polymer of ethylene and the world’s most widely used plastic) as well as ethylene glycol, which is the primary component of antifreeze. Ethylene has been used as an anesthetic in the past, but is highly dangerous being an asphyxiant, combustible, and a class 3 carcinogen.

This 3 carbon molecule is widely used as a compressed gas (forms a liquid when compressed) in heating and cooking applications. It is a byproduct of natural gas processing and petroleum refining. In its gas form, propane is heavier than air, which means that it will sink to the lowest point and pool there. Propane is a very clean-burning fuel, producing mostly water and carbon dioxide during combustion, although contaminants can produce other byproducts. 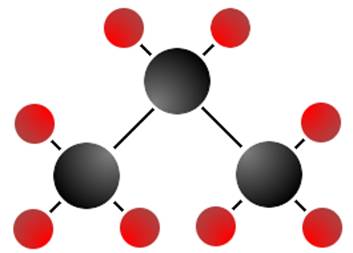 The major use of propane is as a fuel for heating and, often for large scale applications, as a vehicle fuel. It is the most widely developed alternative to gasoline in the United States and is becoming increasingly popular in developing countries as well. Beyond fuel, propane can be used as a refrigerant when electricity is not available. As the gas expands, it absorbs heat. In fact, it can cause mild frostbite. It is also being considered as a replacement for other refrigerants, but has the major drawback of being explosive!

Butane is a four-carbon gas. Like propane, it is a denser than air gas that pools in the lowest available space. It is most commonly used as lighter fluid and in butane torches. It is also sold in small bottles for cooking and may be blended with propane. It is also used as an aerosol propellant. 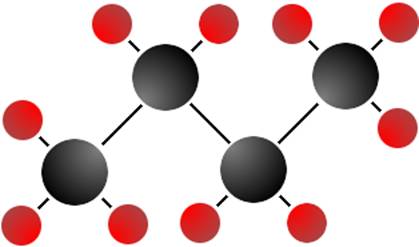 Butane is a euphoric, so it is often abused as an inhalant. Unfortunately, it causes asphyxia, cardiac arrhythmia, and spasms in the muscles of the airways in the lungs. This last property is the cause of “sudden sniffer’s death,” and is the cause of death in 55% of the cases related to inhaling solvents.

Pentane is generally used as a solvent and only rarely as a fuel because it is a liquid (colorless) at room temperature, but can be easily evaporated away. In fact, pentane boils at 37 degrees Celsius (98.6 Fahrenheit), which is body temperature.

Pentane can be found in mixtures of gasoline, but its primary use in the industrial setting is as a “blower” in the creation of plastic foams. It is also finding application as a refrigerant as CFCs are replaced. There are two other forms of pentane in addition to that diagramed above. Isopentane is used in toothpastes like Aquafresh and Sensodyne. Neopentane (aka 2,2-dimethylpropane) is highly volatile and flammable.

Hexane has a number of structural isomers, which are often referred to as the “hexanes.” These molecules are significant components of gasoline, are colorless liquids are room temperature, and boil around 60 degrees Celsius. These molecules are what give gasoline its distinctive odor.

In industry, hexane is used as a solvent, in glue formulations, in the production of leather products, and in asphalt shingles for roofs. Because of its resistance to basic environments (pH greater than 7), hexane is well-suited for laboratory reactions that involve strong bases.

Hexane is relatively non-toxic and only becomes a neurotoxin in people repeatedly exposed to relatively high levels. Due to its safety and ability to act as a solvent, hexane finds applications in food processing. It is often used to extract oils from grains and nuts. In general, however, hexane can persist in foods after processing and so isohexane is a better alternative given its enhanced safety profile.

Isohexane (aka 2-methylpentane) is a good alternative to hexane in food processing because it requires little or no change to the processes that are already in place. It is safer than hexane and also cheaper to use because it does not require the high temperatures for evaporation that hexane does. Many food processors are making the switch to isohexane. 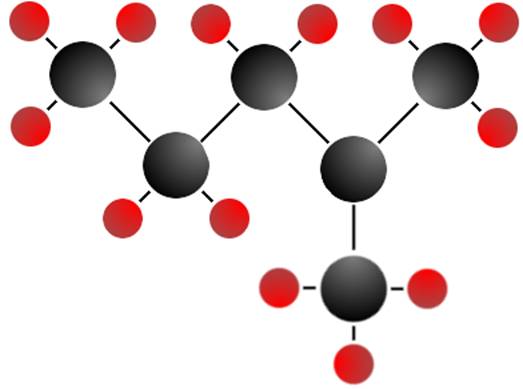 Heptane is undesirable in fuels because it burns explosively and causes engine knock. In fact, a mixture of 100% heptane is the reference standard for 0 octane. 100 octane, on the other hand, would be 100% iso-octane (see next). So, heptane in fuel LOWERS the octane rating.

Because it is relatively useless as a fuel, heptane is primarily used as a solvent. It is a major component of rubber cement and is sold commercially for use in paints. In paint, heptane acts to dissolve pigments and make coloration more even. It is often used in pneumatic paint sprayers.<

Because heptane is the “ultimate knock agent,” it is often used in testing the anti-knock features of engines. Thus, engine manufactures will burn 100% heptane to test their engine components and anti-knock technology. 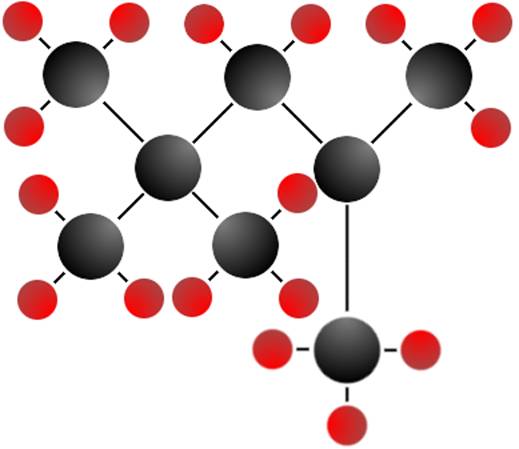 Nonane has 35 different isomers. It is primarily used only in fuel due to its high flammability. Its major use is in kerosene. It is occasionally used as a solvent and in the manufacture of paraffin (wax).

Though hydrocarbons do get much larger, we will leave decane as the final member of this series. Decane has 75 different isomers and they are all flammable. Its primary uses are in fuel and as a solvent.